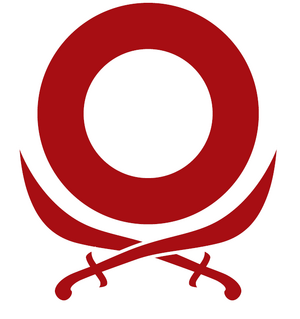 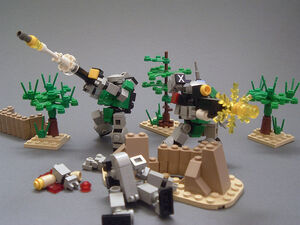 The United Mars Foreign Legion (UMFL) is responsible for establishing self-sufficient military units of Mobile Frames to provide defense and security for the colonies of Solar Union.

The UMFL is controlled by the Solar Union's Committee for Military Affairs, traditionally led by the Prime Minister.[1]

UMFL officers are trained on Mars, with the Northern Republic supplying recruits and Southport paying for their training and transport through the Transit Gate. Officers are recruiters whose first orders of business on arrival at a colony is convincing locals to join the UMFL, and making arrangement for the building of mobile frames. UMFL companies often outlast the original founders from Mars.[2]

Individual UMFL companies are commanded by a Captain. Once established, a typical UMFL company will permanently remain at the colony where it was founded, however there are exceptions such as Estar's Anvil and the Crimson Phalanx.[3]

Most of the time on any colony, that Legion unit sits in barracks, trains, and assists with various tasks around the settlement - scouting new territory is a popular one, and disaster relief- but when called upon the UMFL unit can provide military backup for local authorities.[4] Legionnaires are paid in Solar Wulongs, which they use to clothe, feed, house and equip themselves. Their reliance on their pay for all necessities can make it difficult when their equipment is damaged. Legionnaires often are forced to scavenge for equipment and food during wartime.

The spread of the Ijad caused fear in the bureaucracy of the Solar Union about its ability to hold on to their remaining colonies. Due to the high expense of sending Terran Expeditionary Marines (TEM) through the transit gates, the decision was made to recruit local talent in the colonies. As a result the United Mars Foreign Legion was formed in SC 0216 as all-volunteer force[5] with a mandate of establishing self-sufficient defense forces of mobile frame units on established colonies. As of SC 0245 the UMFL has spread everywhere in the colonies proper; only on the planets of the Sol System is there no official Legion presence at all.[6]

Legion units routinely act as military backup for local authorities meaning the average Legion unit spends most of its time stationed in its barracks training or assisting with various tasks around the settlement such as scouting new territory and helping with disaster relief[7].

The ST-07 Chub is the standard frame used by almost all UMFL companies; as it can be easily built and rebuilt from common frame parts on most colonies, the Chub removes the necessity of shipping mobile frames through the transit gate at great expense.

"Estar's Anvil" - Commanded by Captain Cahide Estar. Originally from Gursk, this company has be deployed regionally at Southport's direct behest.

"Hurro Family" - Infamous company redeployed alongside several other companies to fight on Murrsh.[8]

212th "The Khamsin" - Engaged with against racial purist Ijad on the planet Caseres.[11]

Retrieved from "https://mobileframezero.fandom.com/wiki/United_Mars_Foreign_Legion_(UMFL)?oldid=4720"
Community content is available under CC-BY-SA unless otherwise noted.